Immerse yourself in the natural world and cultural history of the Cévennes.

You like cycling on a road bike. You even like going uphill. But you would also like to take in other perspectives than those you get from the saddle. You are curious about what lies on the left and the right of the roadside. You are interested in the life of the people who live in the region in which you are holidaying, and you know: in order to get more deeply into it, you also, sometimes, have got to get off your bike.

This road bike week is aimed at all those who can manage about 50 kilometres in the saddle of a road bike, and who want to take in the most varied impressions possible of the Cévennes. Vultures, free in the wild; spectacular limestone caves with stalactites and stalagmites; rivers that disappear underground; Europe’s largest bamboo garden; a secluded agricultural life whose origins are lost in the mists of time; the beginnings of silk production – wanting to get to know all this is what gives you extra motivation on the climbs. The pattern of the days in this week is as follows: A hearty breakfast, departure about 9 o’clock, an extended lunch-stop, at least one place of interest and, at the most, one bus transfer per day (either in the morning or in the afternoon). After a couple of lengths of the pool and a good evening meal, you can sit with a good glass of wine and let your gaze wander over the view to the mountains. If it gets a little cooler later on, go inside into the cosy warmth of the open fire. 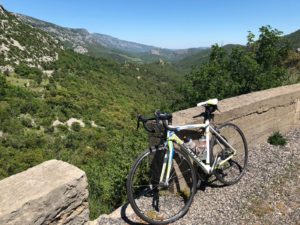 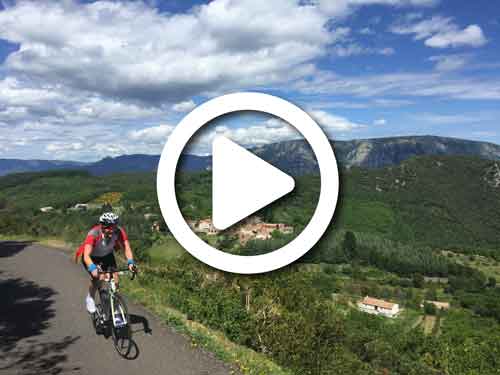